AUGUST 30TH, FRIDAY @ VITO'S ROTHESAY Canadian Rock Band Legend, Honeymoon Suite is taking the stage to play all of your favorite hits as well as new ones from today!

The band was originally formed in 1981 by lead vocalist and guitarist Johnnie Dee (of Niagara Falls, Ontario), Keyboardist Brad Bent (of Toronto, Ontario), and original drummer Mike Lengyell, formerly with The Diodes. By 1983, the line-up changed, with Dee (the only original remaining member) now on rhythm guitar and lead vocals, along with new recruits Derry Grehan on lead guitar and Dave Betts on drums. Grehan became the band’s primary songwriter, and penned “New Girl Now,” which won them an unsigned band contest put on by Toronto radio station Q107.

Various keyboard players and bassists came and left during this time, but on the strength of “New Girl Now,” WEA Canada signed the band to the label. Ray Coburn was added as a permanent new member on keyboards as the sessions got underway for the group’s debut LP, but the band still had no bass player, so bassist Brian Brackstone was recruited as a session player. Brackstone played on the entire album; bassist Gary Lalonde (formerly with Rose and Toronto) was added to the line-up after the album was completed, and appeared in the album’s group photos and played with the band live.

The band’s self-titled debut album, produced by Tom Treumuth, was released in June, 1984. The album featured four charting hits in Canada: a completely re-recorded version of “New Girl Now,” “Burning In Love,” “Wave Babies,” and “Stay In the Light.” All were written by Grehan. “New Girl Now” was also Honeymoon Suite’s first single to reach the top-50 in the United States. 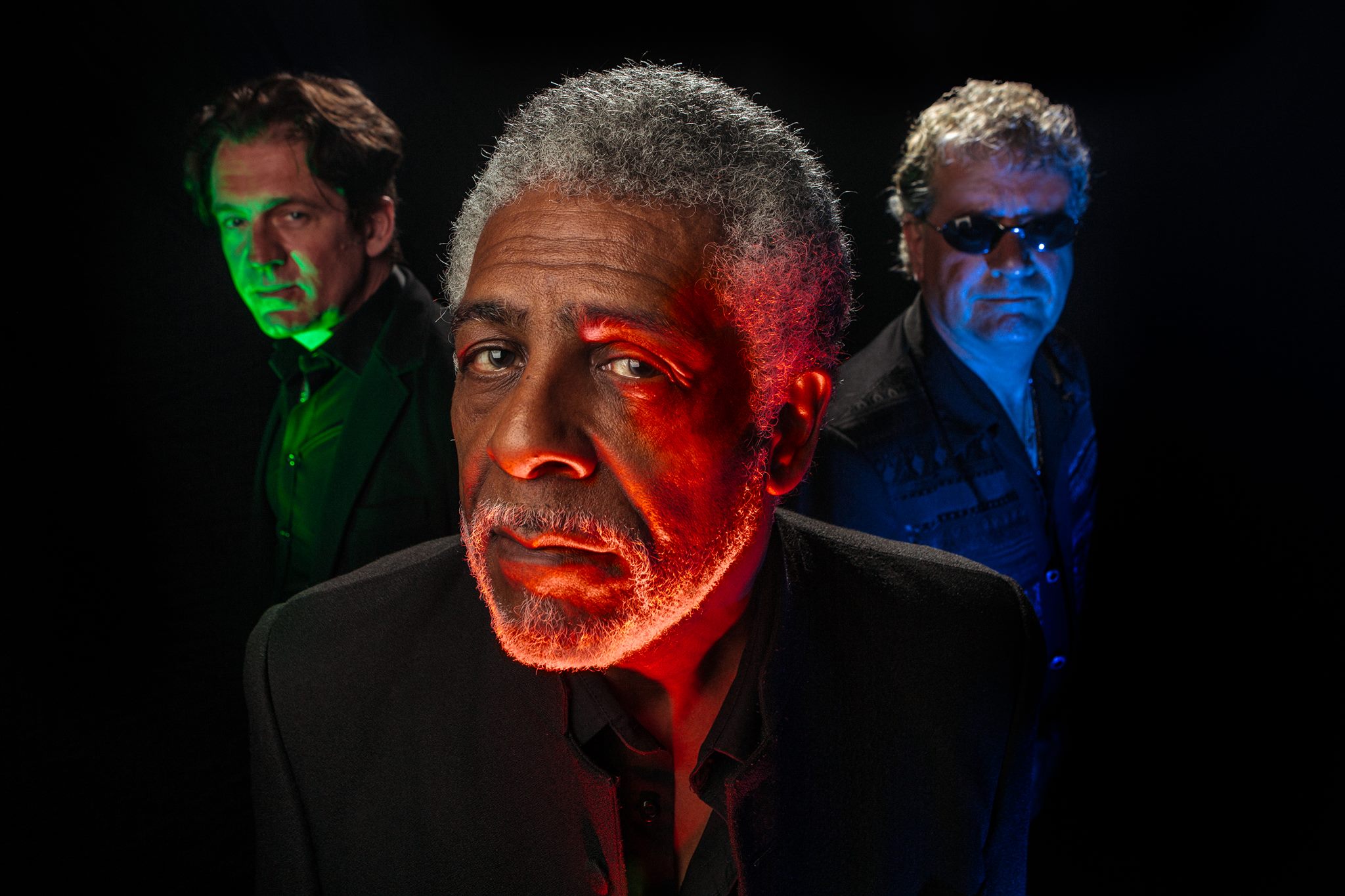 LMT CONNECTION are true masters of their craft. They've been together for 25 years, recorded five albums, played over 5000 shows including 12 tours of Europe (2003-2012) and two tours of China (2013-2014). When at home in Canada they've remarkably held a 16 year residency at the legendary Orbit Room in Toronto on Wednesday nights.

Born in Atlanta and raised in Detroit, singer/songwriter/guitarist Leroy Emmanuel began his professional career at the age of twelve. He went on to record and play live with Marvin Gaye (Whats Goin On, Lets Get it On albums), Gladys Knight and the Funk Brothers of Motown fame, to name just a few. With his original group the Counts, Emmanuel recorded five albums for Westbound Records, toured all over the United States and shared the stage with Kool and the Gang, the Commodores and the Funkadelics. Hes played Madison Square, the Apollo and Radio City. He’s got Stevie Wonders home number on his cell phone. He’s got Detroit funk in his veins. For four years, Emmanuel toured the continent with master drummer/producer Mark Rogers with a 10-piece Motown revue. When it finally came to its end in 1989, the two formed a trio with bassist/singer John Irvine, an experienced touring musician and serendipitously, the missing part of the whole.

To say they haven’t looked back since would be an understatement. LMT Connection have shared the stage with BB King, The Temptations, jazz-organist Joey DeFrancesco, the Spinners, Tower of Power, Al Green, Wah Wah Watson, Tony Monaco, Lee Oskar and Alex Lifeson of Rush to name just a few. They have released five albums on their own without ever taking a dime of major label money. All releases are through LMT’s self-owned and operated Impression Records and distributed worldwide.

Their repertoire is both familiar and refreshing. Like an arrow pointing in two directions, LMT Connection evoke the Motown era while breaking new ground in contemporary music. And nowhere is this more evident than in their live performance. Emmanuel, who recently celebrated his 68th birthday, moves like a man half his age. As a rhythm section, Rogers and Irvine attack their instruments with such ferocity, it’s hard to believe you’re listening to a three-piece band. Orchestra is more like it. Even the stuffiest wallflowers can’t resist the groove. Together they travel beyond mere nostalgia or entertainment into a dimension that transcends age, time or location. But words are only words. There is no substitute for the real experience; an experience that robs words of their meaning. To speak about LMT Connection in the third person is nothing like being there in person. So we’ll let you decide! 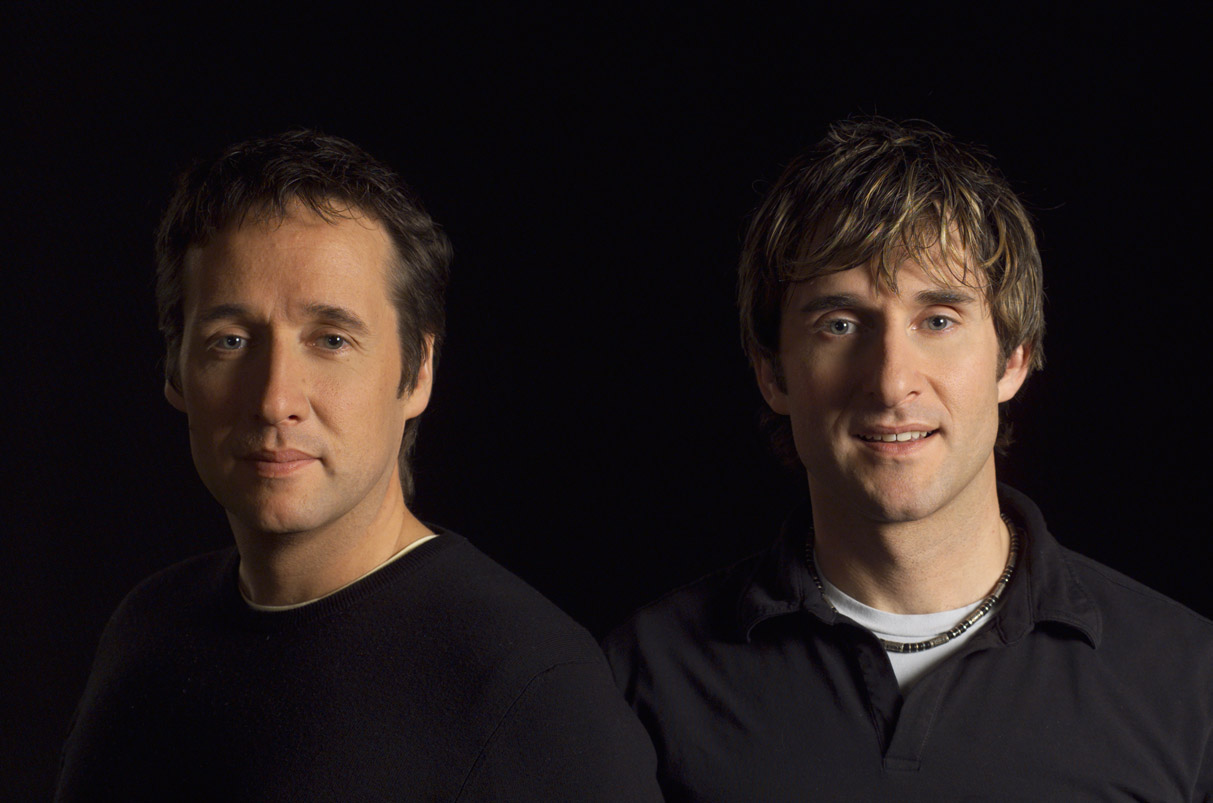 Don & Dave Carroll began their music career in University when they started a singing duo and they have not slowed down since. With much dedication and spirit, the 'Don and Dave Show' evolved into the ECMA award-winning band Sons of Maxwell (S.O.M.). The band's namesake comes from their father Max.

Dave Carroll has written, recorded and released over 40 original songs on the band's ten CDs, shared in multiple nominations and awards and the band has toured North America, Europe, Asia and the Caribbean.

S.O.M.’s energetic performances are highlighted by a great sense of humour, their signature harmonies and original Pop-Folk songs. The strength of the duo is built upon its diversity. The fact is, what sets them apart has also made them so popular with such a broad spectrum of people. They have done prolific work and have developed a large, dedicated fan base. Sons of Maxwell have been nominated for 5 East Coast Music Awards and have won 2 ECMA’s (one in 2006 with Sunday Morning for Country Album of the year and in 2002 with Among the Living for Roots Traditional Group of the year).

Plus More Performances All Week Long 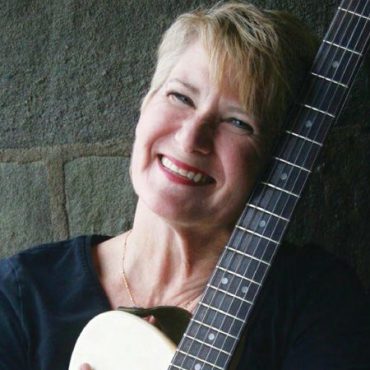 Recipient of the 2008 Diane London Award; (Fredericton, NB), a NB Oscar for Autism (for her co-written song I’m In Here); she has performed at the ECMA Awards and been a finalist for the CBC Galaxie of Rising Stars Showcase.

Cathy’s first CD “Not Goin’ Back” was recorded in Nashville, backed by stellar musicians.

Her latest CD, entitled “Free Wheelin’”, engineered and produced by Paul Milner (Eddy Grant, Keith Richards, Matt Andersen, Glass Tiger) features Geoff Arsenault on drums ( Dutch Mason, Matt Andersen) and Chris Corrigan on lead guitar; (Rita MacNeil, Matt Minglewood). This recording pays homage to the blues and classic rock music that Cathy loves so much.  It is an unforgettable collection of 10 originals and one cover song that are both a testament to joy and
the resilience of the human spirit. 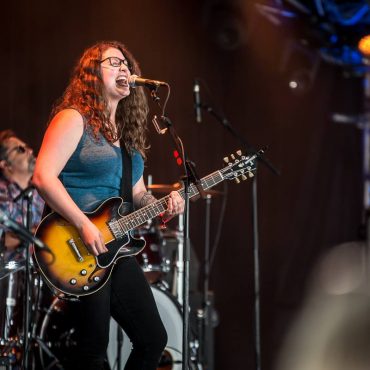 St. Andrews born and raised, Kendra’s genius lies in the way she can stand her own whether she’s leading a small jam circle or taking charge onstage at a packed venue. Her powerful pipes and unique style make every song she belts out her own, from covering fellow female rock leads like Grace Potter or pop stars like Rihanna and Britney Spears. But her stand out performances are always the ones she crafts herself, drawing so deep into her personal experiences that you can’t help but feel them in your bones. Kendra’s artistic talents don’t end with her music.  She is the creative force behind many aspects of the band, including the stop motion claymation zombie-themed video to the song By Your Side from the album Carousel.  Her passion, creativity and incredible voice make her a must see performer no matter where she goes. 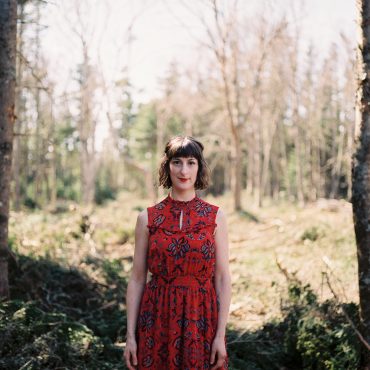 Lisa McLaggan is half of the husband and wife duo Tomato Tomato.

Tomato/Tomato perform an eclectic mix of folk and country that will have you rolling down your windows and singing at the top of your lungs. Their live show includes jaw dropping multitasking, dynamic guitar arrangements, and soaring vocal harmonies. Stitch these elements together with compelling, heartfelt\ songwriting and you have an unforgettable musical experience. 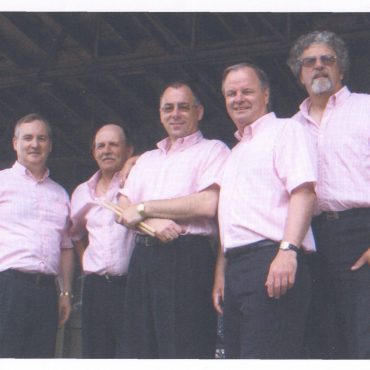 Eddie Chase and Graffiti Four are a 50's and 60's Band playing solid golden graffiti from some of Rock N Roll greats. 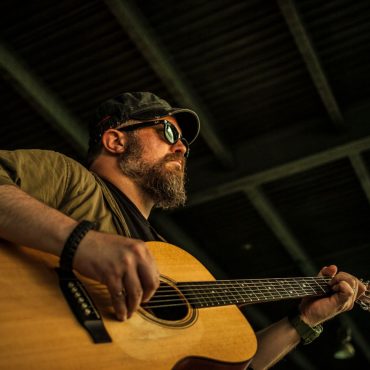 A later bloomer as a songwriter, now with plenty of life experience behind him, Colin strives for lyrical depth and compelling stories in his songs, fusing elements of folk, rock, blues, and Americana/Canadiana.

In live performances, his powerful vocals and stylistic versatility evoke strong emotional responses from his audiences.

​He has shared festival stages and opened for notable acts such as Grace Potter, Matt Andersen, Irish Mythen, and Chris Colepaugh. Colin had a breakout year in 2018 that saw him leave a 20-year professional career to pursue music full-time. He has performed at the Area 506 Festival, the Harvest Jazz and Blues Festival, the Larlee Creek Hullabaloo, and many other great Canadian festivals and venues. 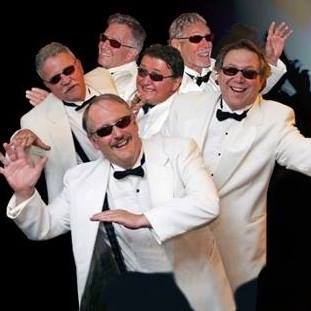 DONNIE AND THE MONARCHS

DONNIE AND THE MONARCHS

Donnie and The Monarchs is a Saint John, New Brunswick based band that has delivered a constant stream of classic Rock ‘n Roll across Eastern Canada and into the US for the past three and a half decades.

The Monarchs have worked with legendary performers that include opening for The Beach Boys, performing with Tiny Tim, Freddy Cannon, Dr. Hook, Bobby Day, Tommy Roe, The Coasters, Michelle Wright, Tommy Hunter, John Allen Cameron, and the Rankin Family, to name a few. The Monarchs also appeared as themselves in the movie Geraldine’s Fortune, starring Jane Curtain.

Noted for a choice of classic dancing favorites from the 50s to the 80s, mixed with great costumes, wild antics and audience participation, The Monarchs demand dancing and singing along, and the feeling is contagious! 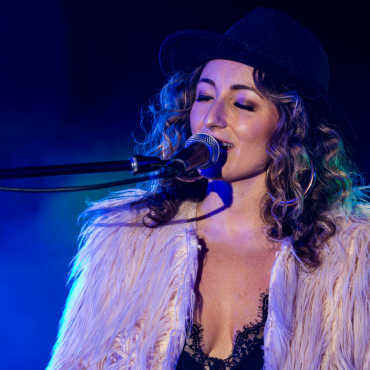 Her sultry vocals, captivating lyrics and alluring stage presence make Apryll a fan favourite at music festivals worldwide. Aileen transcends genres, creating her own undefinable sound with influences coming from pop, rock, blues and jazz. She doesn’t imitate – she creates. A hybrid of two polarities, she blends melodic songwriting and raspy vocal tones from modern artists such as Ellie Goulding and Halsey but performs with intensity, dynamic range and vocal gravel that Stevie Nicks and Janis Joplin would be proud of.

She does it all from behind a piano but sometimes you may see her bring out a guitar, a synth or maybe even a keytar, if the mood strikes. 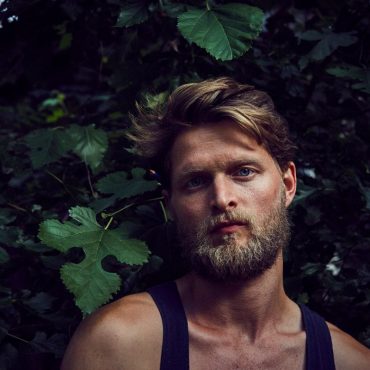 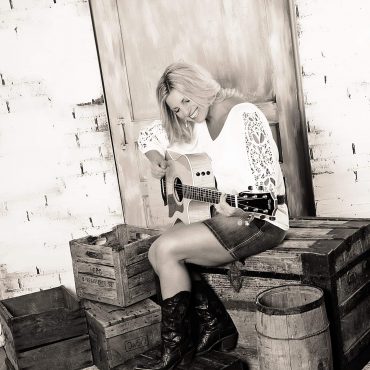 Encompassing a career which has spanned more than 3 decades, Canadian born & raised singer/songwriter Joan Kennedy has accumulated more accolades and awards than most.

The youngest of 8 children and a workingman’s daughter, Joan’s love for music started at an early age when the whole family would sing songs around the kitchen table after her father returned from his day’s work. Making her family proud, Joan went on to enter & win a Canadian National Talent contest in the early ‘80’s which sparked her professional music career.

Joan’s achievements speak for themselves. She’s recorded 6 albums with MCA & Koch International, toured Canada, USA, & Europe, starred in a 2-season television series and was 2nd to only Garth Brooks in the 1990’s as Canadian Country Music Radio’s most played artist. She has also been the nominee of:

Joan’s hard work and dedication to community service also deserves recognition as she was awarded CCMA’s Humanitarian Award in 1995 for her work with the Children’s Make a Wish Foundation and currently volunteers for Maine’s Cancer Coalition. Today, Joan spends countless hours volunteering at her children’s schools and has been hosting a Nationally Syndicated children’s TV show in Boston, The Ribert & Robert Show.

Formerly the KV Jazz & Blues Festival, KV Music Fest is here with an all-new format that is sure to make this year the best one yet! With headliner multi-award winning Canadian rock band, Honeymoon Suite headlining the main stage with 30-year veterans of funk and soul, LMT Connection with Chops Horns based out of Niagra and Sons of Maxwell opening you won't want to miss this night of fun. As always there will be free shows throughout the community. Don't wait, the party to end the summer will be one you won't want to miss.

We wouldn’t be able to put on the great shows you love without the help of our amazing partners. Please take a moment to check them out!